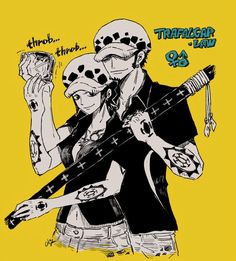 Every aspect of the real estate industry has experienced fraud at one time or another. From homeowners, homebuyers and real estate professionals to lenders, appraisers and title companies, every step of the home buying process has been tainted by fraudulent activity. A greater abundance of it came to light more recently due to the housing market bust. Most once booming markets either diminished significantly or came to a screeching halt as foreclosures began to overshadow the home sales scene.

Subsequently, the flowing streams of wealth enjoyed by many during the housing bubble slowed to a trickle or dried up altogether. The lure of quick money gained through fraudulent activity enticed a number of those still reeling from the market’s blows, who felt compelled to maintain their previous standard of living. Not only has fraud increased in the mortgage process, but debt management companies under the guise of foreclosure rescue have come out of the woodwork to reap the revenues. Fed up by the cases filed in the State’s Attorney General (AG) offices, AGs are fighting back with the help of motivated law makers.

Florida is a prime example of legislation passed due to urging by the state’s attorney general. Some highlights of the Foreclosure Prevention Fraud Rescue Act of 2008 includes a requirement that documentation be provided to the homeowner explaining in detail what will transpire, the homeowner is provided a cooling off period, unfair terms and misrepresentation is prohibited and the homeowner doesn’t pay a dime until the services specified in the contract are fulfilled. All businesses operating in the state and businesses that service Florida residents are subject to the fraud prevention statute. More stipulations regulate anyone performing rescue transactions related to foreclosure.

Referred to the House Energy and Commerce Committee, the Foreclosure and Rescue Fraud Act of 2009, H.R. 1231, would stipulate similar law only at the federal level. It has yet to be released from the committee whose responsibility is to refine, revise and determine if it is worthy of debate before the House of Representatives. Similarly, the Mortgage Foreclosure Rescue and Loan Modification Services Fraud Prevention Act of 2009, H.R. 2666, expanded to cover loan modifications fraud of those facing foreclosure.

Delaware signed its Mortgage Rescue Fraud Protection Act into law on January 1, 2009. In June of 2009, Pennsylvania signed similar bills into law prohibiting unscrupulous foreclosure rescue tactics. Among other things, the laws require full disclosure to homeowners using services for foreclosure rescue and mandate no payment be made to companies providing services until such time that all services agreed-upon in the contract are fulfilled.

New Jersey’s foreclosure rescue bill was released from the Assembly Committee in March 2010. The Texas Attorney General partnered with a state representative for like legislation regarding foreclosure rescue scams in Texas. Illinois’s Mortgage Rescue Fraud Act was passed in January 2007 and was another initiative of a state’s attorney general.