Get a Job As an Attorney 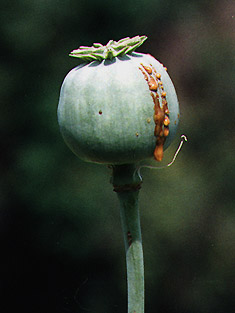 If you’re interested in the legal business, you probably already know that becoming an attorney is a difficult, albeit rewarding career path. According to the Bureau of Labor and Statistics, lawyers can specialize in a number of areas, such as bankruptcy, probate, international, elder, or environmental law. Those specializing in environmental law may represent interest groups, waste disposal companies, or construction firms in their dealings with the U.S. Environmental Protection Agency and other federal and state agencies. So when thinking about a career in law, it’s important to know your options and what you’d like to specialize in.

To become a lawyer, the student must first get their undergraduate degree at a university. It’s practical to go to a university that has a pre-law degree to prepare them for law school. But this is not mandatory. The pre-law degree will prepare a student to take their Law School Admission Test, or LSAT. The LSAT is a half-day standardized test required for admission to all ABA-approved law schools, most Canadian law schools, and many non-ABA-approved law schools. It provides a standard measure of acquired reading and verbal reasoning skills that law schools can use as one of several factors in assessing applicants. The test is administered four times a year at hundreds of locations around the world.

With strong LSAT results, the student can now apply to the law school of their choice. They will need to send in transcripts, their LSAT score, and recommendations. Then the waiting game begins to see if they are accepted. Once this is confirmed, the student goes to law school. This period typically takes three years. Upon completion, the student can take the American Bar Exam in order to practice law.

Licensing to become a lawyer involves a demonstration of ability in two areas. The first is competence. For initial licensure, competence is established by a showing that the applicant holds an acceptable educational credential (with some exceptions, a J.D. degree) from a law school that meets educational standards, and by achieving a passing score on the bar examination. But standards are different in each state, so the applicant must check with his or her state to determine the protocol.

The two-day bar examination consists of one day which is devoted to the Multistate Bar Examination (MBE), a standardized 200-item test covering six areas (Constitutional Law, Contracts, Criminal Law, Evidence, Real Property, and Torts). The second day of testing is typically comprised of locally crafted essays from a broader range of subject matters; however, in a growing number of states, two nationally developed tests, the Multistate Essay Examination (MEE) and the Multistate Performance Test (MPT), may be used to round out the test.