What’s Next For Debt Settlement Firms? Legislation, Regulation and Some Lawsuits 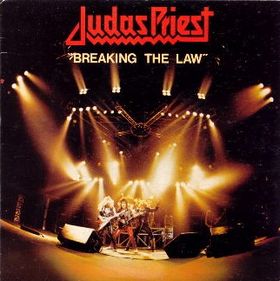 In the beginning there was a flourishing economy rife with excessive credit card usage and the comfort of a soft landing in the form of Chapter 7 for those who became overextended. Almost in lockstep with our troubled economy came the advent of the debt settlement boom. While it seems as though the beleaguered economy should be reason enough to explain the barrage of radio and internet ads offering a cash-strapped audience a quick path to debt freedom, there were other factors at work that engendered the growth of the debt relief industry.

In 2005, President George W. Bush signed the Bankruptcy Abuse Prevention and Consumer Protection Act into law which dramatically tightened the requirements allowing financially distressed US citizens to file for Chapter 7. In lieu of Chapter 7, which is notable for permitting filers to discharge all unsecured debts, most filers would now have no choice but to enter into a Chapter 13 which is a reorganization plan that requires partial repayment of the debt over a 3-5 year period. Under the new policies, Chapter 7 filers would have to demonstrate extreme financial hardship and they would normally have to have made at least a best attempt to complete a debt management plan. The Uniform Debt Management Services Act clarifies that such a plan could be either in the form of Consumer Credit Counseling or Debt Settlement.

In walks the Credit Crisis…

In mid 2007 the foreclosure and credit crises fell upon us and a perfect storm comprised of bludgeoned industries and incapacitated consumers gave rise to the emergence of opportunistic debt settlement, loan modification and credit repair firms promising to cradle the financially disadvantaged. Until recently, the debt settlement industry has been allowed to prosper virtually unchallenged in that federal and state governments have had little if any regulation framework in place to ensure the safety of consumers from such firms. The lack of regulatory framework served to ensure a Wild West environment. Even if there was a sheriff in town, there were no laws for the sheriff to enforce.

See also  Business Legislation Compliance in Terms of your Employees

Where is the legislation and regulation that should protect consumers?

Fortunately, there are some positive developments in the works that may one day help eject the bad actors from the arena and at the same time elevate some companies that can demonstrate honest, ethical and transparent business practices. Under the guidance of the Uniform Debt Management Services Act, there is a blueprint for regulation to oversee both debt settlement and credit counseling firms at the state level. States such as Colorado have begun employing this guidance and Colorado now requires debt settlement firms to be licensed and to be subject to the state regulations now in place.

The Association of Settlement Companies (TASC) is a nonprofit industry association comprised of several settlement company executives and other insiders that lobby state lawmakers to adopt legislation to regulate the settlement industry. TASC also provides the settlement industry with guidance for standards of best practices while simultaneously acting as a self proclaimed industry watchdog. While it may seem precarious that TASC is a lobbying organization that also polices the same industry for which they lobby, one should bear in mind that government has been very slow to move into the enforcement role which would otherwise stand vacant.

Better times may possibly lie ahead but what about all of the people who have been defrauded?

Complain, complain and complain some more if you feel you have been defrauded by a settlement company. There are some very harsh realities to be expected by anyone who enters into a settlement program and often times these pitfalls won’t be clearly or accurately portrayed through any or all of the marketing, advertising or sales presentations meant to grab new business. Even though there is a lack of regulation, fraud is still fraud and there are several ways that you can go about taking action against a company whom you feel has deceived you.

See also  What Are Typical Divorce Attorney Fees and What Is Included?

The Attorneys General of both New York and Texas have each filed lawsuits against companies they believe have defrauded their constituents. Andrew Cuomo, the AG for New York also recently issued a subpoena to 14 settlement companies and one law firm. He is quoted having said, “These companies are taking advantage of people in New York and throughout the entire country who are facing tremendous economic hardship.” While the subpoenas are informational in nature, it is clear that the tone of the rhetoric is decidedly unfriendly towards those being questioned.

Do you feel that you are a victim of fraud? Here are some ways that you can take action:

File a complaint with the FTC Find out in what city and state the company is located and file a grievance with the company’s local BBB Contact your state’s Attorney General – The AG’s office is staffed with investigators and attorneys and their function is to serve as the public’s legal advocate Contact a consumer advocacy attorney. In most states, the State Bar provides a legal directory for visitors of their websites There is a Legal Referral Service (LRS) in most states that keeps a directory on hand of attorneys that participate with the LRS by charging a minimal initial legal consultation fee – usually $25-$50 and in some cases free od charge If you cannot afford a lawyer, you may qualify for free legal help from a Legal Aid or Legal Services Corporation (LSC) office.